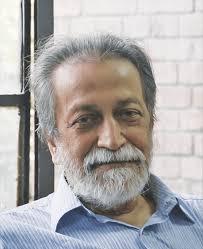 Prabhat Patnaik is an Indian economist and political commentator, who has achieved international acclaim with his incisive analyses of economics and politics. He is a professor at theCentre for Economic Studies and Planning in the School of Social Sciences at Jawaharlal Nehru University in New Delhi. He is currently Vice-Chairman of the Planning Board of the Indian state of Kerala.

Prabhat Patnaik was born in Jatni in Orissa in September 1945 and after early schooling in his home town, studied at Daly College, Indore, on a Government of India Merit Scholarship. He passed his B.A. with economics Honours from St. Stephen’s College, Delhi. He went to Oxford University in 1966 on a Rhode’s scholarship and studied at Balliol College and later at Nuffield College. He obtained his B.Phil and his D.Phil. degrees from Oxford University.

He joined the Faculty of Economics and Politics of the University of Cambridge, UK in 1969 and was elected a Fellow of Clare College, Cambridge. In 1974 he returned to India as an Associate Professor at the newly established Centre for Economic Studies and Planning (CESP) at theJawaharlal Nehru University (JNU), New Delhi. He became a Professor at the Centre in 1983 and has been teaching there continuously since 1974 till now. He holds the Sukhamoy Chakravarty Chair in Planning and Development at CESP. He has also been the Dean of the School of Social Sciences in JNU.

His specialization is Macroeconomics and Political Economy, areas in which he has written a number of books and articles. His books include Time, Inflation and Growth (1988), Economicsand Egalitarianism (1990), Whatever Happened to Imperialism and Other Essays (1995), Accumulation and Stability Under Capitalism (1997), and The Retreat to Unfreedom (2003). Also he has been the editor of Social Scientist, which under his stewardship has become a highly effective vehicle for progressive ideas and fertile research.

He has been Vice-Chairman of the Kerala State Planning Board since June 2006.